How to Capture Photos and Selfies and Videos Using Siri 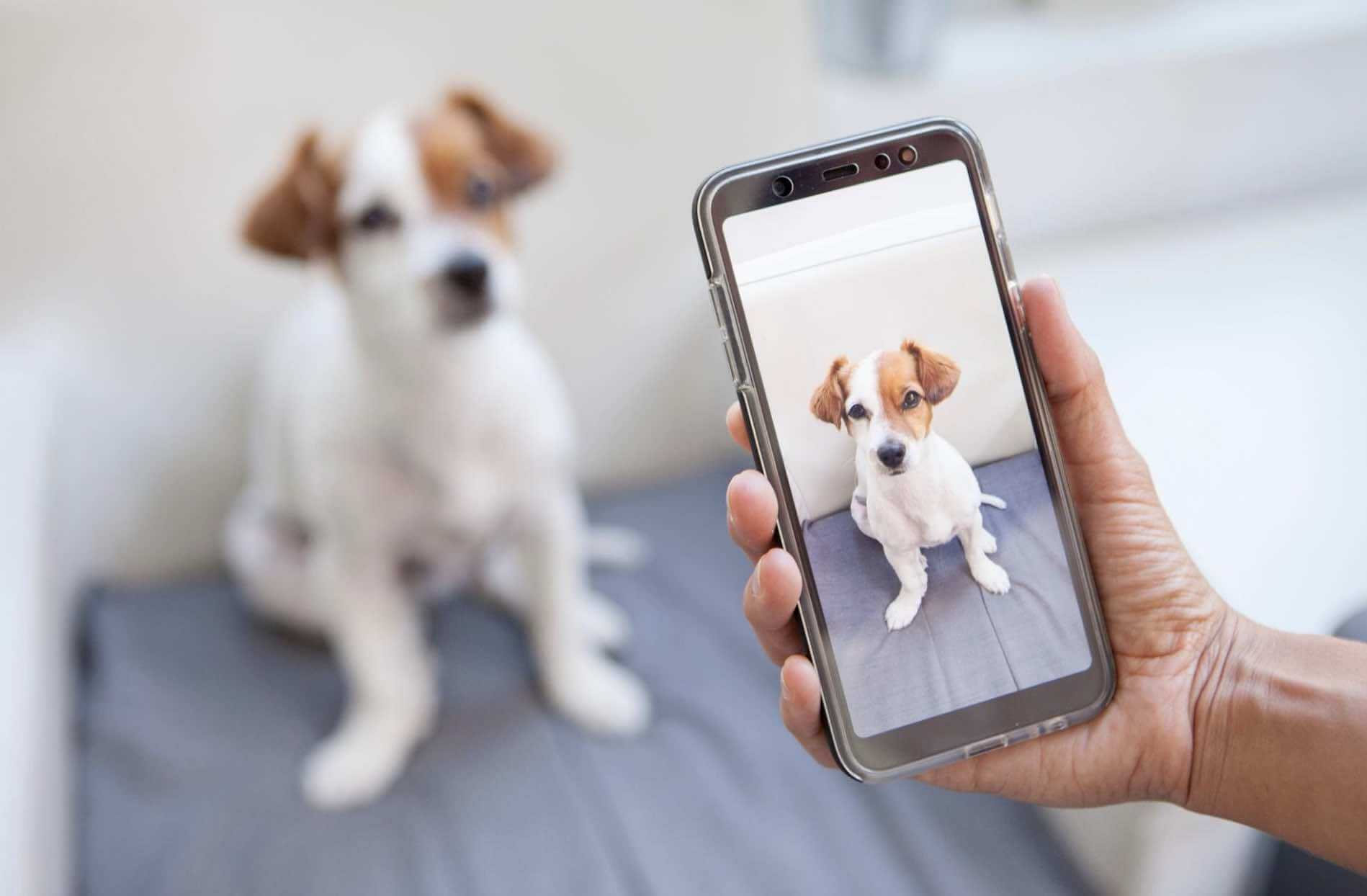 Siri on your iPhone can do more than what you think it can. It is a smart and intelligent apps that understands what you are asking and replies you appropriately. Not only can it search the web for what you are looking for, but it can also work with the apps you have installed on your iPhone.

For example, you can ask Siri to play some music and it will launch the Music and begin playing music, and so on. There’s one great and less known thing that Siri can do for you and it is that it can help you capture photos and videos on your iPhone. Yes, you read that right.

With Siri on your iPhone, you can ask it to capture a photo and it will launch the Camera app for you to take a photo or shoot a video. Here’s how you can make Siri to do that for you on your iPhone.

How to Take a Screenshot on a Mac, Windows, iOS and Android
Read Now...
Contents

This section shows how you can capture standard photos using Siri on your iPhone.

1. Hold down the Home button on your iPhone to bring up Siri. You must be connected to the Internet to be able to do this or Siri will say it can’t perform any actions as you don’t have an Internet connection.

2. When Siri launches, you can ask her the following commands for capturing a photo:

Take a Photo – it will open the Camera app allowing you to take a standard photo using the rear camera of your iPhone. 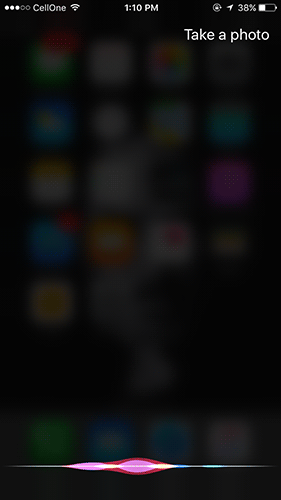 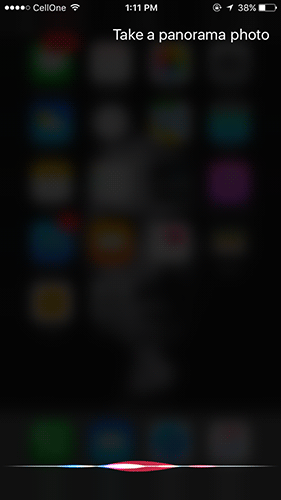 Take a Square Photo – it will open the Camera app with Square mode for you to take a square photo using the rear camera on your iPhone. 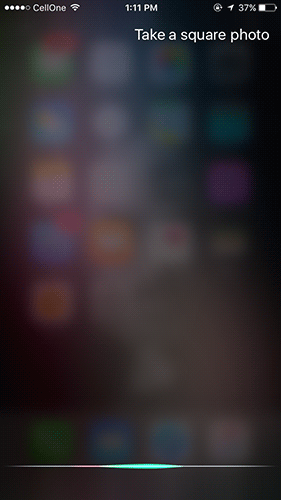 3. You can now capture the photo of whatever object you want.

That was how you could take standard photos on your iPhone. If you are curious and you would like to know how Siri can help you take selfies, then the following section is for you.

If you would like for Siri to help you with capturing selfies on your iPhone, then you can do so by using following steps:

1. Hold down the Home button on your iPhone to open Siri. 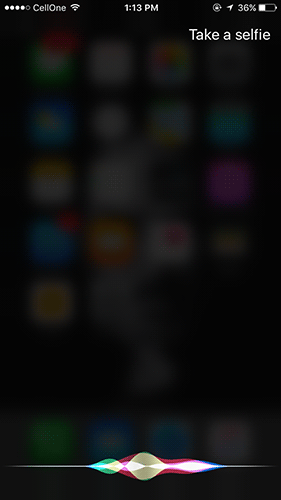 3. Siri will open the Camera app for you to take a photo (selfie) using the front camera. This time Siri makes sure the front camera opens and not the rear one as that’s how a selfie is usually taken.

Read also: How to Record a Video of iPhone’s Screen

That’s how you can ask Siri to help you capture selfies on your iPhone. If you would like for it to help you with shooting videos, here’s how to do that:

Shooting a Video using Siri on an iPhone

The above two sections were for taking photos, and this section is for recording videos using Siri.

1. Hold down the Home button on your iPhone to launch Siri.

2. When Siri launches, you can ask her the following commands:

Take a video – it will open the Camera app allowing you to shoot standard videos. 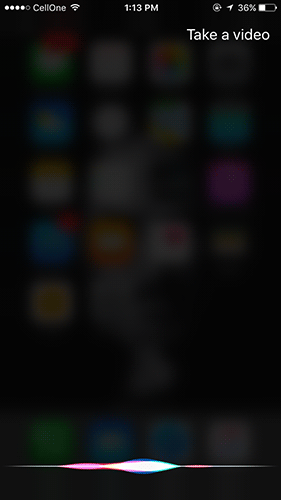 Take a Slow Motion Video – it will open the Camera app with the Slow Motion mode enabled for you to shoot your video in slow motion. 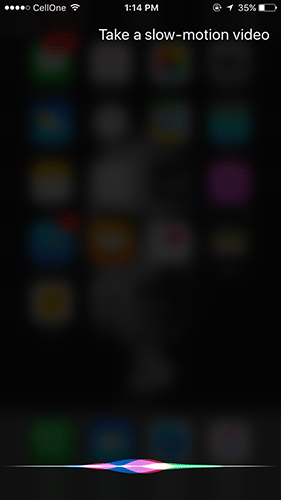 Take a Time-Lapse Video – it will launch the Camera app to let you shoot a time lapse video. 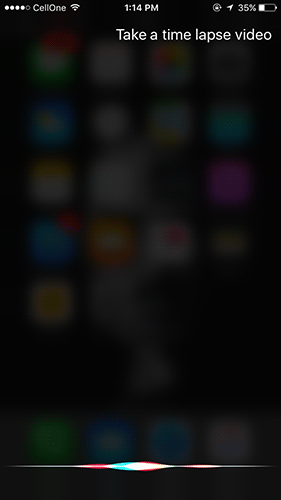 3. You can begin shooting your video and tap on stop when you are done. So, that was how you could use Siri to help you capture photos, selfies, and videos on your iPhone.