Top 10 Hidden Features of iOS 10 on iPhone and iPad

In the following guide, we are going to show you 10 hidden features of iOS 10 so you can start using them on your device right away.

1. Search for Images Right from within the Messages App

If you were thinking to send someone an image, then you can do so from the Messages app itself. You no longer have to run to the Google Images website to find an image, save it on your device, and then send it to whoever you wanted to send it to. 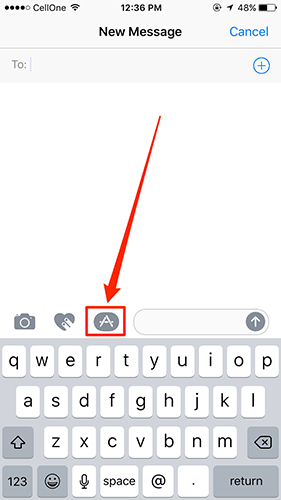 When you’re writing a new message in the Messages app, simply tap on the image icon as highlighted above and you will immediately be able to search and get an image for your message.

2. Have your Device Consume Less Data with Low-Quality Images 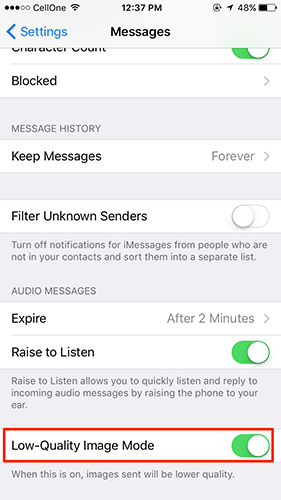 If image quality is not an issue for you, then you can enable low-quality images in the Messages app that will help you save on your data usage. To do that, head to Settings >> Messages on your device and turn on the toggle for Low-Quality Image Mode.

3. Unsubscribing is now much easier in the Mail app

If you have been receiving a lot of unnecessary newsletters on your device recently and you just don’t have time to find the unsubscribe link and tap on it to unsubscribe from the newsletter, the Mail app makes the task easier for you.

One of the new features in iOS 10 is that you can now be selective and choose when to send read receipts. Up until iOS 10, you had the option but either you could turn it on for all or turn it off for all. There was no in between. 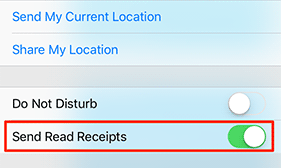 With iOS 10, you can open a conversation in the Messages app and then tap on the little I icon in the upper-right corner. On the following screen, you should be able to enable or disable read receipts for that particular contact.

5. Get Rid of All the Notifications at Once

With iOS 10 and a 3D touch enabled device, you can just 3D touch on the X of an app and you will see an option saying Clear All Notifications to remove all the notifications from that app on your device.

6. Close All the Safari Tabs at Once

If you’re like me who always has a number of tabs open in the Safari, then it might be an issue for you to manually close each of them when you want to. 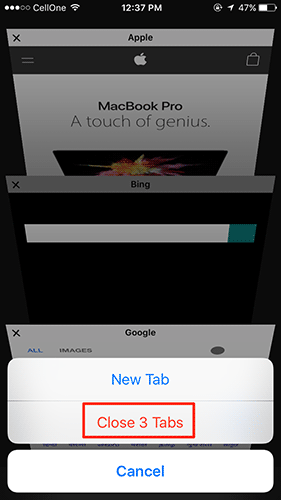 With the latest version of Safari in iOS 10, you can quickly close all of the Safari tabs in one go. To do that, what you need to do is make sure you have more than one tabs open in Safari on your iPhone, and then long press on the Done button in the lower-right corner of the screen. You will get a prompt as shown in the above screenshot with an option for closing all the X tabs at once.

7. Your iPhone will Help you to Find Your Car

If your iPhone is attached to your car system, then you don’t have to worry about where you parked your car.

If you want to find out where your car is, just launch Siri and ask it “Where is my car?” and she will show your car location on the maps. The Siri actually put a pin on the car location when you got off the car as it knew you would need this information later on.

Earlier when you were working with text on your iOS device, you had the option Define that allowed you to see the definition of a word. That has been replaced by Look Up in iOS 10 that searches more things for that particular word than just showing you the word definition. 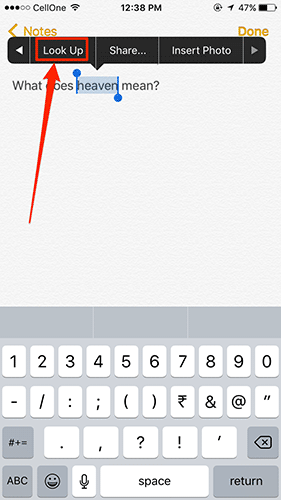 It searches the web to let you see what all is there for the chosen word.

9. Capture a Photo without getting your Music Paused

Before iOS 10, when you were listening to music and you opened the Camera app, the music stopped playing as the system thought it was not appropriate.

iOS 10 changes that by letting you continuously listen to music while you are taking pictures with the Camera app. From now on, your music won’t stop playing even when you launch the Camera app and take pictures. However, you should note that music will stop playing when you capture a live photo or shoot a video.

If you don’t like how the new Home button works in iOS 10, then you can go back to the old Home button behaviour using a setting. 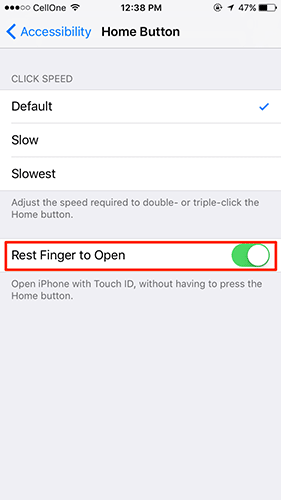 Head to Menu >> Settings >> General >> Accessibility >> Home Button and enable the option that says Rest Finger to Open. So, above were 10 of the hidden features in iOS 10 on your device. Let us know what you think of these features in the comments below!

How to Recover Deleted Kik Messages on iPhone, iPad

How to Paste Plain Text Without Formatting (macOS, Windows 11)