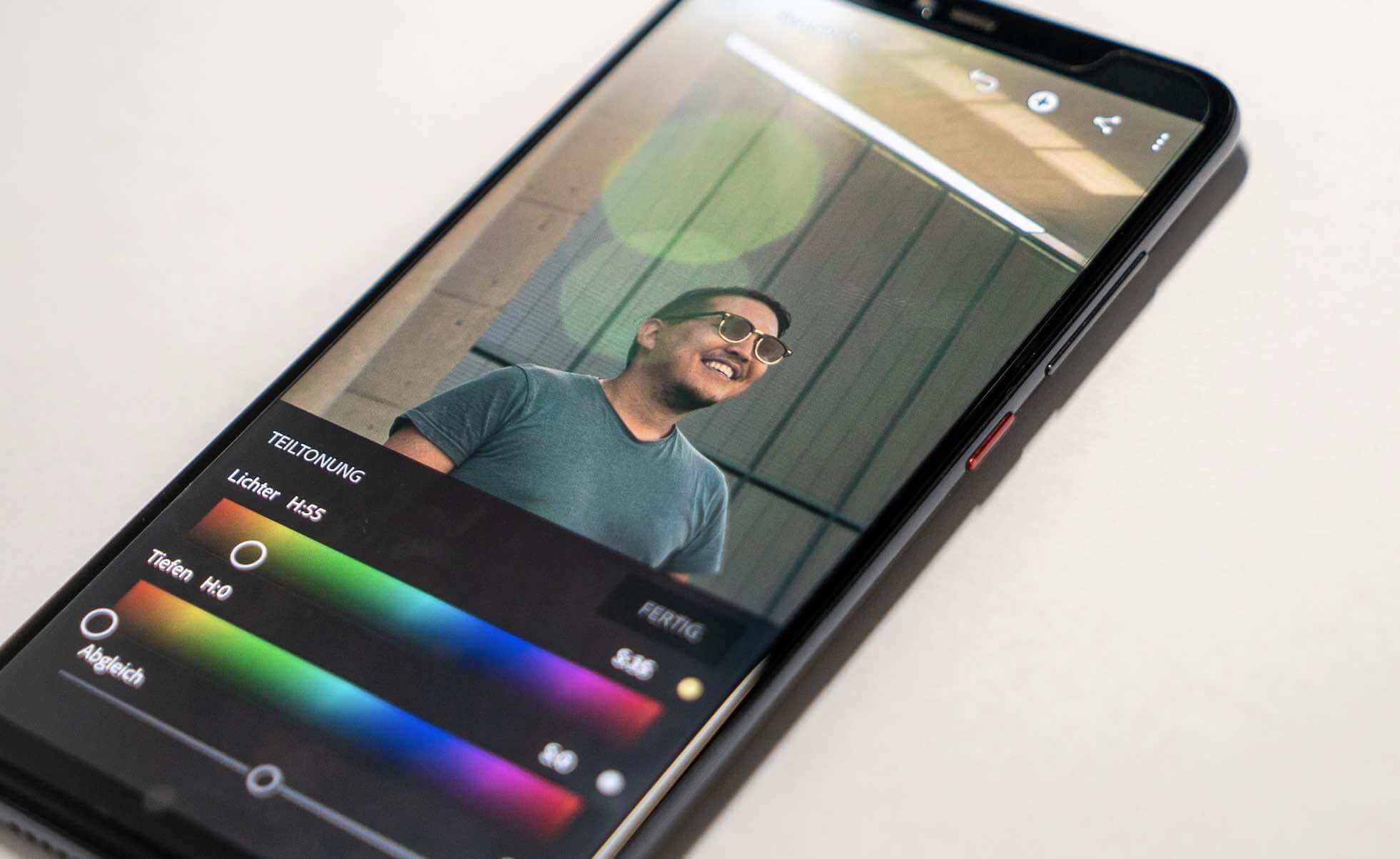 Admit it, iPhones and iPads have got great cameras that can point and shoot things in a crystal clear resolution. Any photo that is taken on an iPhone looks as great as if it was taken on a really expensive camera. If you happen to be a photographer, you must have loved the camera quality on your iPhone or iPad. While everything is great on the hardware side of the iPhone’s camera, the software side is not that great.

Particularly, I’m talking about the default camera app that comes preloaded on an iPhone or iPad. It doesn’t have all the bells and whistles you need if you’re a professional photographer, however, there are the photo editing apps out there to help you with your needs and these apps are specifically designed for iOS devices.

In this article, we take a look at top 10 of the best photo editing apps for iPhone and iPad. 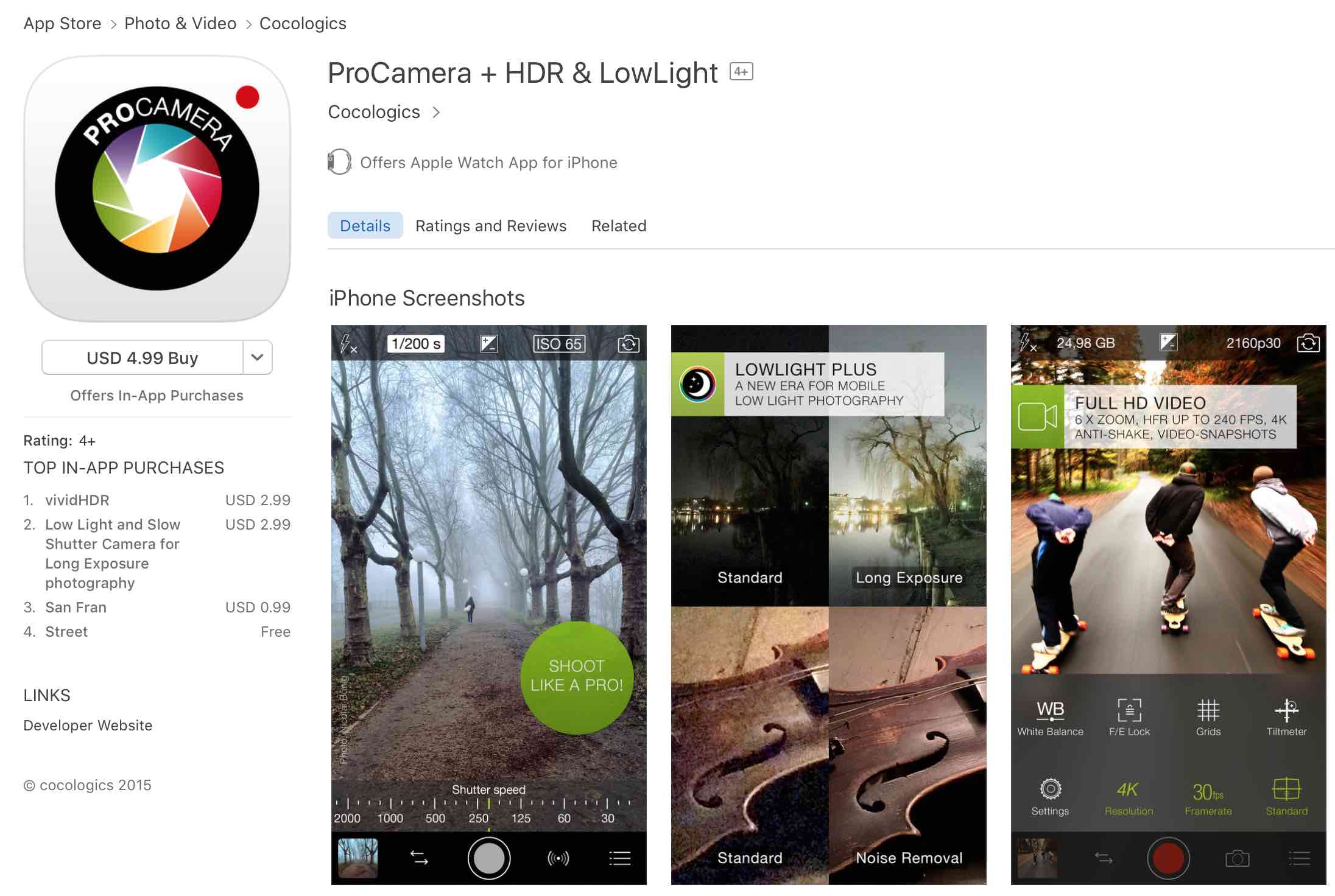 ProCamera happens to be the greatest camera app for iOS devices that enables you to take great photos from your iPhone’s camera. Not only does it help you with capturing, but it offers features for post-capturing as well to help you edit your photos the way you want. The app now allows you to view the animated GIF images right in it.

If you’re out there looking to get a decent app for editing photos on your iOS device, then ProCamera is the app you need. It costs $4.99, though. 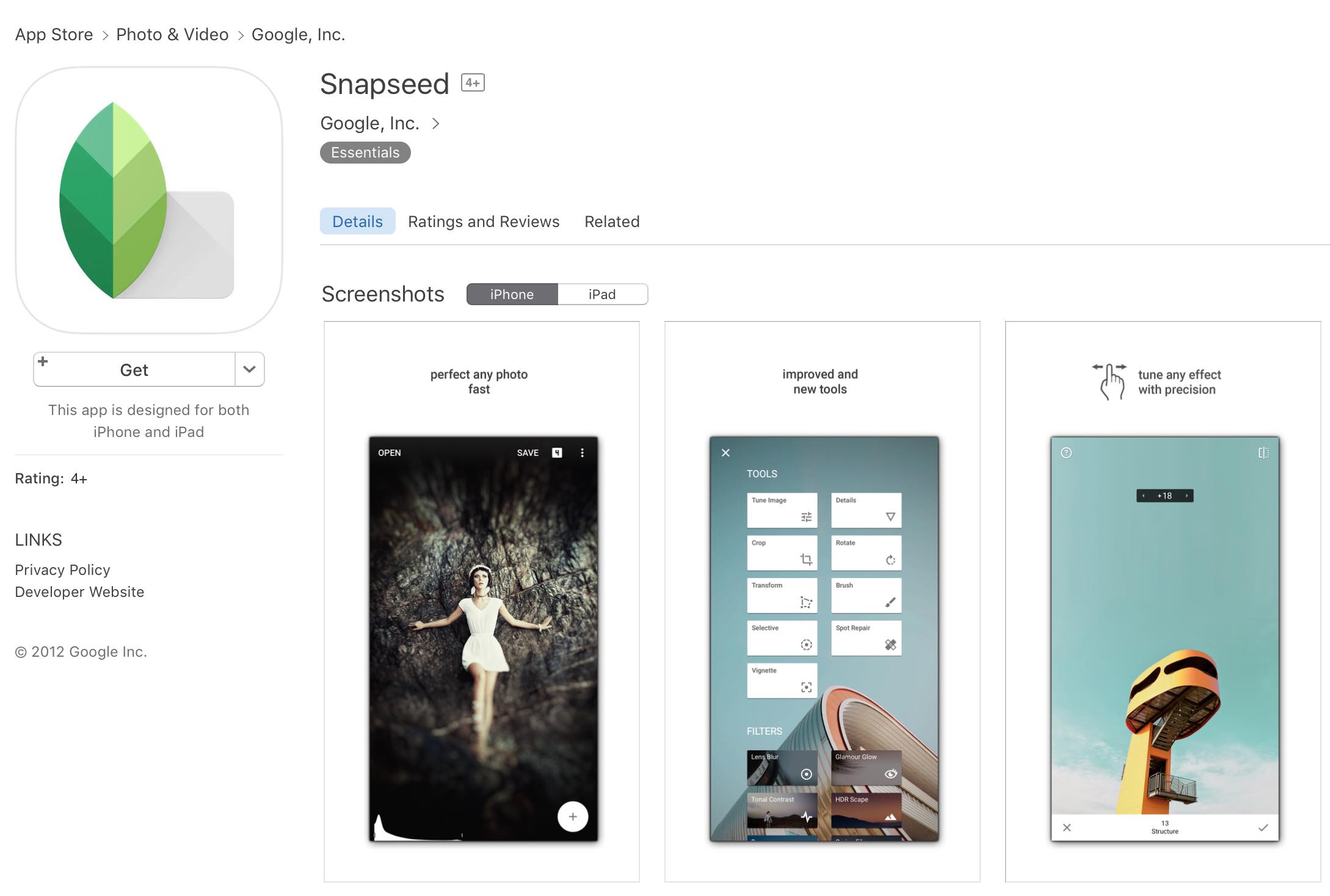 Snapseed is an app by Google that lets you professionally edit photos on your iPhone. The company says their app was available for desktops previously, but they have now made it available for smartphones as well. With the app installed on an iOS device, you should be able to retune your photos, enhance details in the photos, crop and rotate the photos, and do a bunch of other things to your photos to make them look awesome.

The app is available for free on the App Store for you to download on your iOS device. 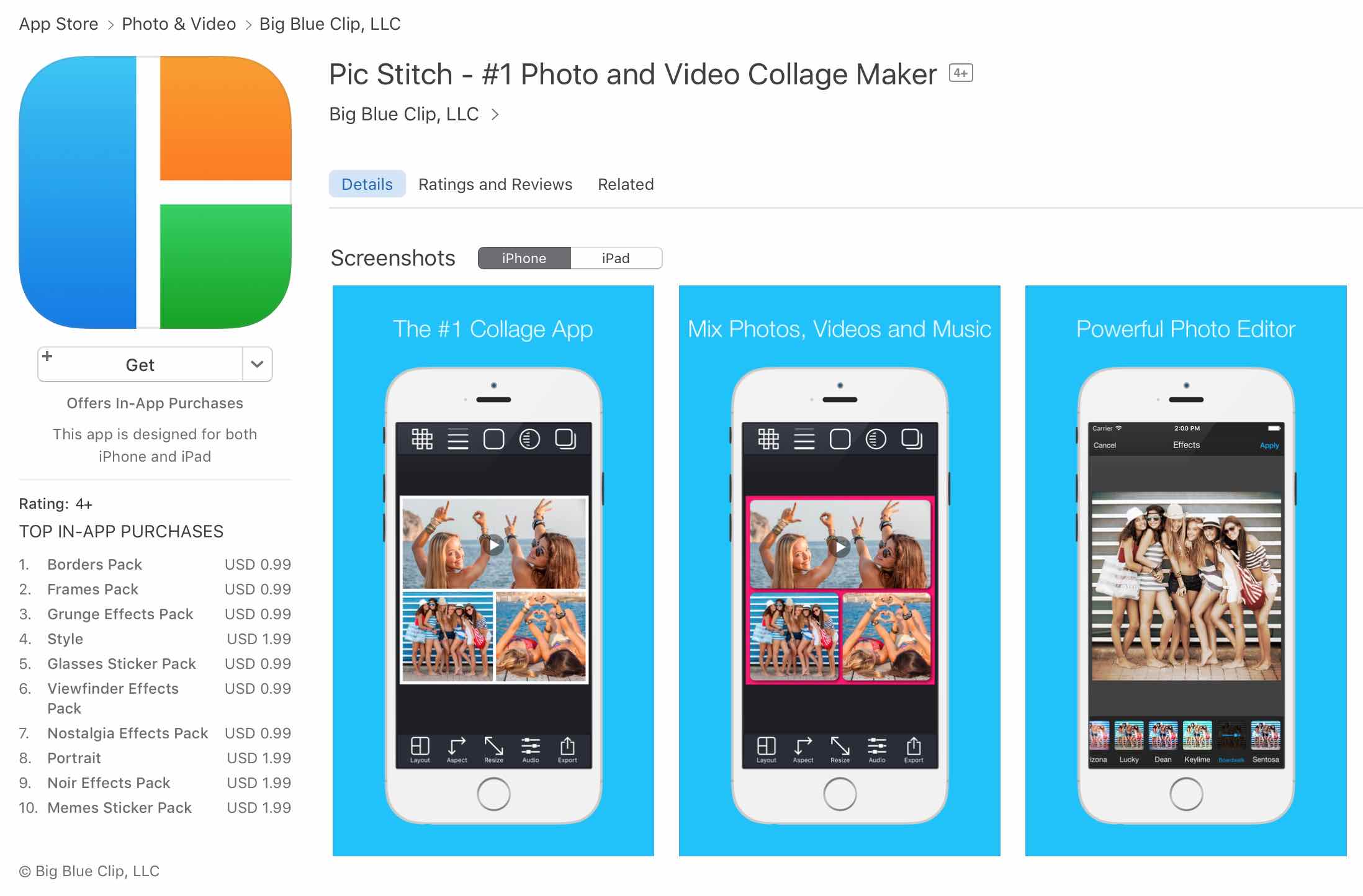 Pic Stitch is not actually a fully featured photography app, but it does what its name says. It helps you stitch your photos together for creating a beautiful collage. The app has over two hundred layouts to help you create a collage, and it works with both photos and videos. When you think of a college, you think of a silent one, but the app can help add an audio track to it so that it’s really enjoyable while you’re watching it with your family.

This is an app worth getting on your iOS device as it does a great job and costs nothing. It’s free to install and use on your device. 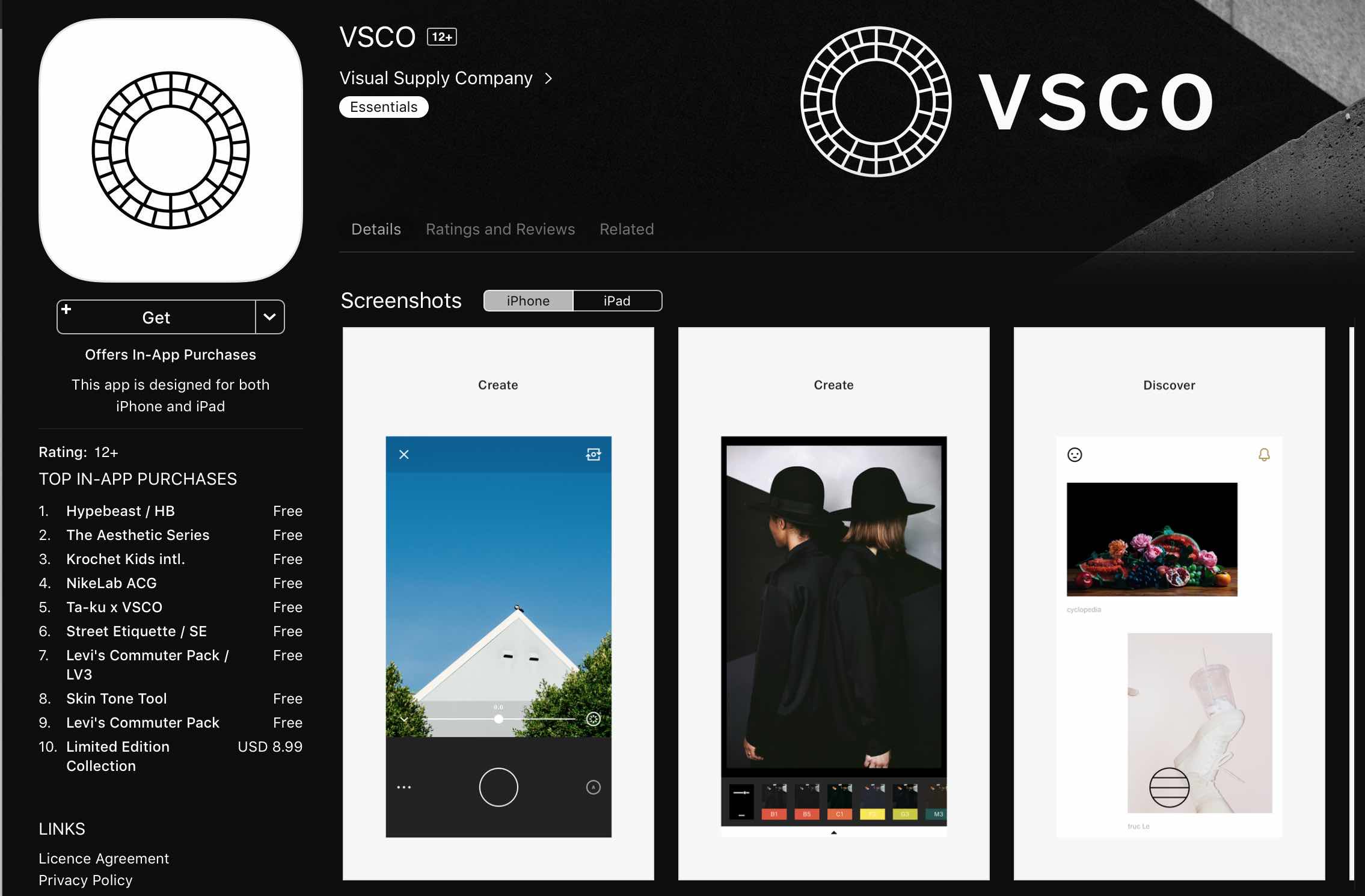 VSCO may not look that attractive at first glance, however, its minimal user interface lets you do a lot of things for your photos. It helps you create photos by capturing them with your device’s camera, and then you can edit those photos right within the app.

Not only can you see your own photos in the app, but you do have access to tons of others’ photos who have shared them with the app. VSCO is more of a community and less of an app, and you’ll love to join it once you get started with the app.

The app can be downloaded for free from the App Store. 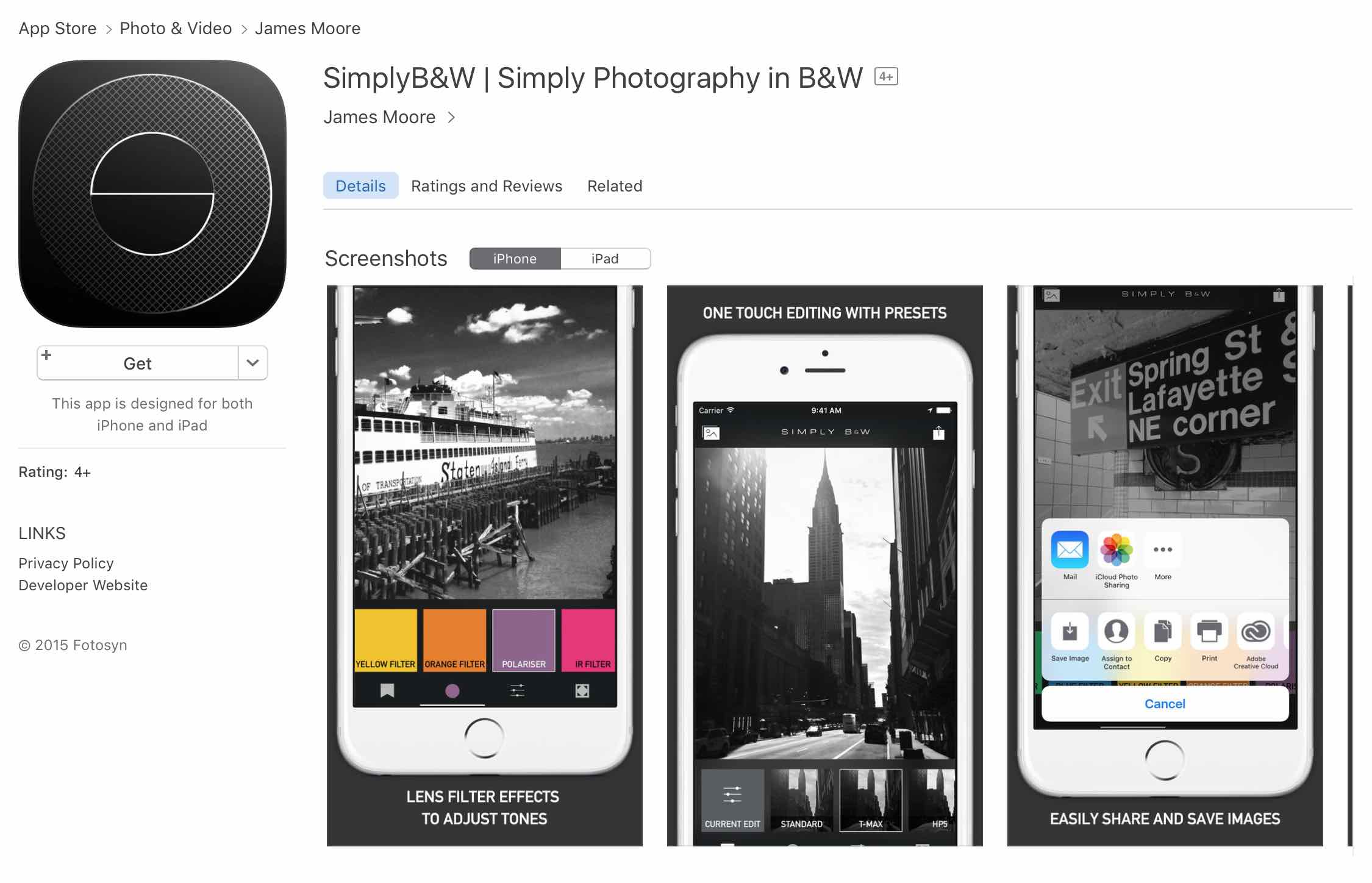 It’s been decades since color photos gained popularity but the black and white photos are still in demand and the older people especially love them. This makes them feel nostalgic as most of their childhood photos were taken in black and white colors.

The SimplyB&W app offers you the feature to take black and white photographs on your iOS device and also provides enhancement features to make those photos perfect. You have the options to choose borders, colored lens, film grain, and so on.

Check out the app if you still love black and white photos.