Home » How to Block Calls on Android [No Apps Needed]
Android

How to Block Calls on Android [No Apps Needed] 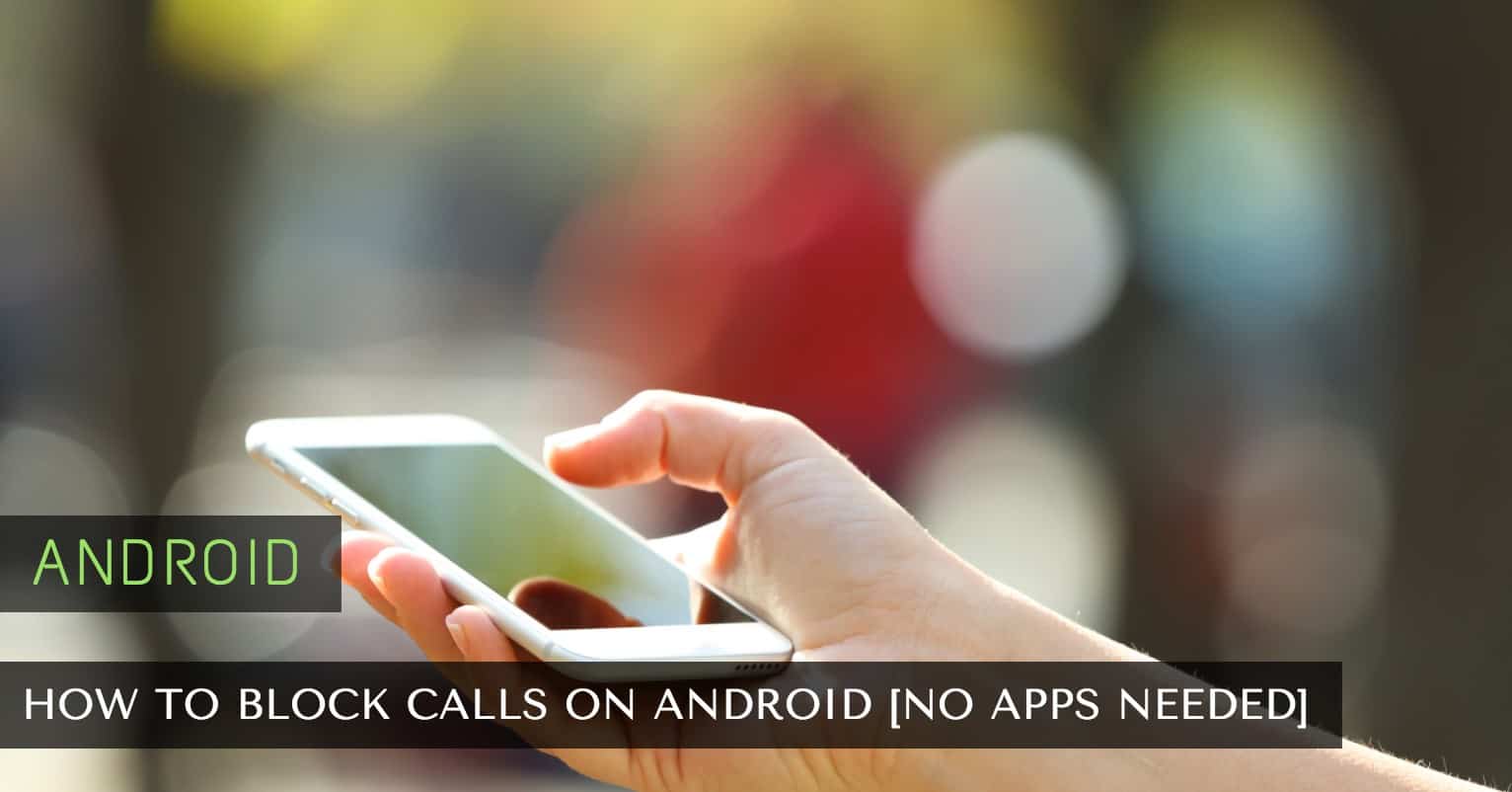 Why does it seem that no matter how hard you try to keep your phone number only among those you trust, some weirdo always seems to get it? It could even be someone you know, but you wish didn’t have your number. Don’t worry all hope is not lost. You can easily block any calls from your Android device without having to download an app. This is especially true when you already have too many apps and are running out of storage.

How to Block Calls on Android without Installing Apps

You may have already tried to block calls by going to your Android’s settings. Even though that’s a logical place to start, where you need to go is your phone’s dialer. When it’s open, you’re going to see the More option on the top right. Tap on it and then select Settings.

In Call Settings, you will have various options, but towards the middle, you will see the Block Numbers option. Tap on that, and you will be taken to where you can add the phone number you want to block.

You have three ways of adding the person that will go on your blacklist. You can either add the number manually, through your call log or via the contacts button. After you add the persons, they will appear in that same spot but with a red minus sign. 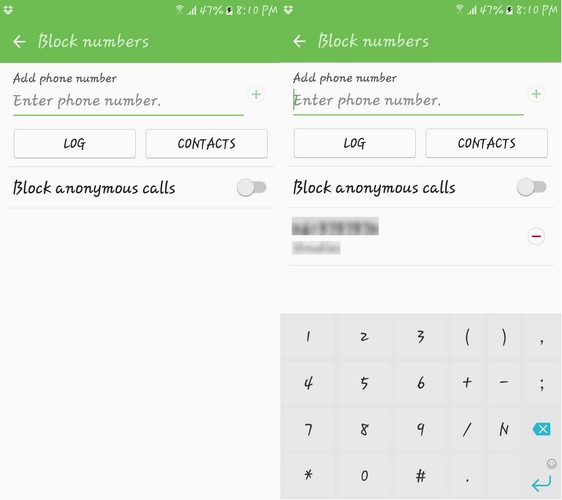 That minus sign is for whenever you decide to forgive that person and unblock them. Just follow the same steps you took to get here and tap on the red minus sign. Once you tap it, they will disappear from the blocked list. As you can see blocking calls on Android is very easy.

That was the no app method, but if you are willing to install just one app, I would recommend you download Calls Blacklist – Call Blocker. It’s one of the most popular calls blocking apps on Google Play for Free.

Not only can you block calls with this app, but you can also block text messages. You can either block one or the other or both of them at the same time.

When you first open the app, you can toggle these two options on or off at the top. To block a particular number, tap on the blue circle at the bottom and choose how you want to add the contact. 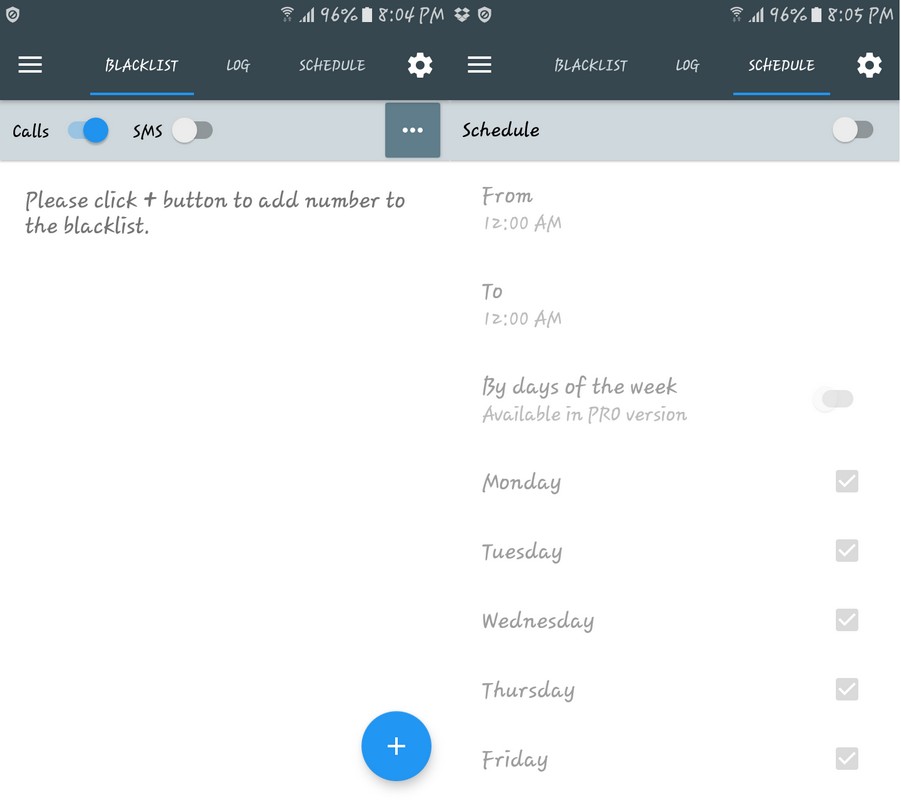 You can either add the person through the calls log, contacts, message log, input the number, and begins with. In the first method, you blocked all calls, whether you knew the person or not, but with the app, you can make exceptions.

We all have to deal with solicitors or other annoying calls. Good thing there are different methods you can use to block them and get some peace. Now you know the call blocking method with and without an app. Which one do you think you are going to use? Let me know in the comments.

Tags: How to Block