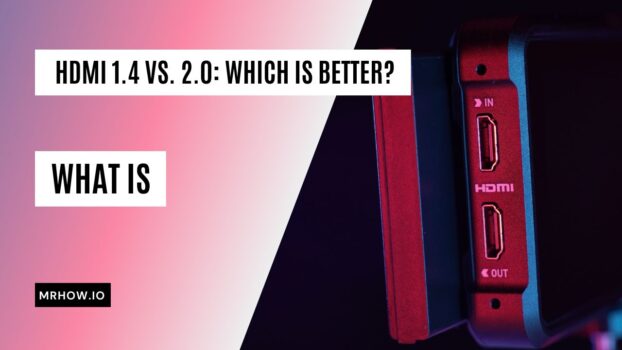 It might seem too obvious to pick the winner when comparing the HDMI 1.4 vs. 2.0. However, the HDMI 1.4 version still has some merits that make it a prevalent choice for many users.

In this post, I will compare the HDMI 1.4 vs. 2.0 in detail to give you more insights into the core qualities of these two cables. After reading this post, you can easily opt for a more suitable category for your usage needs. Continue reading, and I will show you! 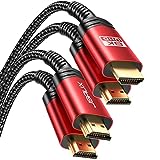 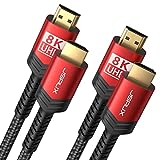 An Overview Of HDMI 1.4 Cable

HDMI 1.4 is the standard cable used for connecting and transmitting video/audio signals between digital devices that support this format. This version was introduced in May 2009 and with many advanced features.

Regarding the video quality, the HDMI 1.4 cable supports up to 4K resolution with a frame rate of 30 fps. It also brings smooth and accurate color quality with clear pictures in little details.

Some other noticeable features like the Micro HDMI connector and Blu-ray 3D also make this format stands out as a prevalent standard connection.

An Overview Of HDMI 2.0 Cable

The HDMI 2.0 cable is released much later, which is also the upgrade version of the former HDMI 1.4 format. For this reason, it’s not strange that the 2.0 cable possesses more advanced specs and technologies.

The HDMI 2.0 allows up to 18 Gbps in data transmission bandwidth and can be extended to 4K ultra HD resolutions. The frame rate it brings is also superior, standing at 50/60 FPS.

The audio streams are also separated into four different transmission lines, allowing many users to use the audio signals simultaneously. Besides the core specs qualities, the HDMI 2.0 cable is more secure and synchronized.

So I have walked you through the basic qualities and features of the HDMI 1.4 and 2.0 versions. Before dwelling into the detailed comparisons, let’s first look at their core differences regarding their basic specs.

Though both HDMI 1.4 and 2.0 versions support 4K resolution, the HDMI 2.0 cable brings a better image quality with a superior frame rate of 50-60 Hz. It will give you much smoother images when watching videos or playing games.

The supported bandwidth on the HDMI 2.0 cable is also higher, standing at 18 Gbps, which is nearly two times higher than the HDMI 1.4’s figure (10.2 Gbps).

In addition, the HDMI 2.0 cable supports a wider range of colors with between 10-12 bits. Meanwhile, the 8-bit color range of the HDMI 1.4 cable is not as vivid and accurate.

There are some significant improvements and newer technologies supported in the HDMI 2.0 format, such as Dolby Atmos and 32 audio channels. Therefore it is more compatible with the 4K TVs and premium audio devices nowadays.

If you need more in-depth comparisons between these two categories, consider watching this video to find out!

Final Verdict: Which Should You Choose Between HDMI 1.4 vs. 2.0

Through the user’s opinions and basic specs, it’s obvious that HDMI 2.0 is the superior option. It brings higher resolution, frame rate, color accuracy, and sound frequency than the 1.4 version.

As a result, you will get a much smoother and more optimal user experience with the HDMI 2.0 cable. Whether it’s for music listening, playing games, or video watching, the HDMI 2.0 cable exceeds its counterpart in all categories.

Modern digital devices come with higher resolutions and more advanced video/audio technology. Therefore, the HDMI 2.0 cable is what you need to take advantage of these features.

To sum up, I always recommend choosing the newer HDMI 2.0 cable. However, if your device is only compatible with the HDMI 1.4 version backward, there’s no need to upgrade.

I hope that the comparisons provided in this post can satisfy you. Thank you for reading!