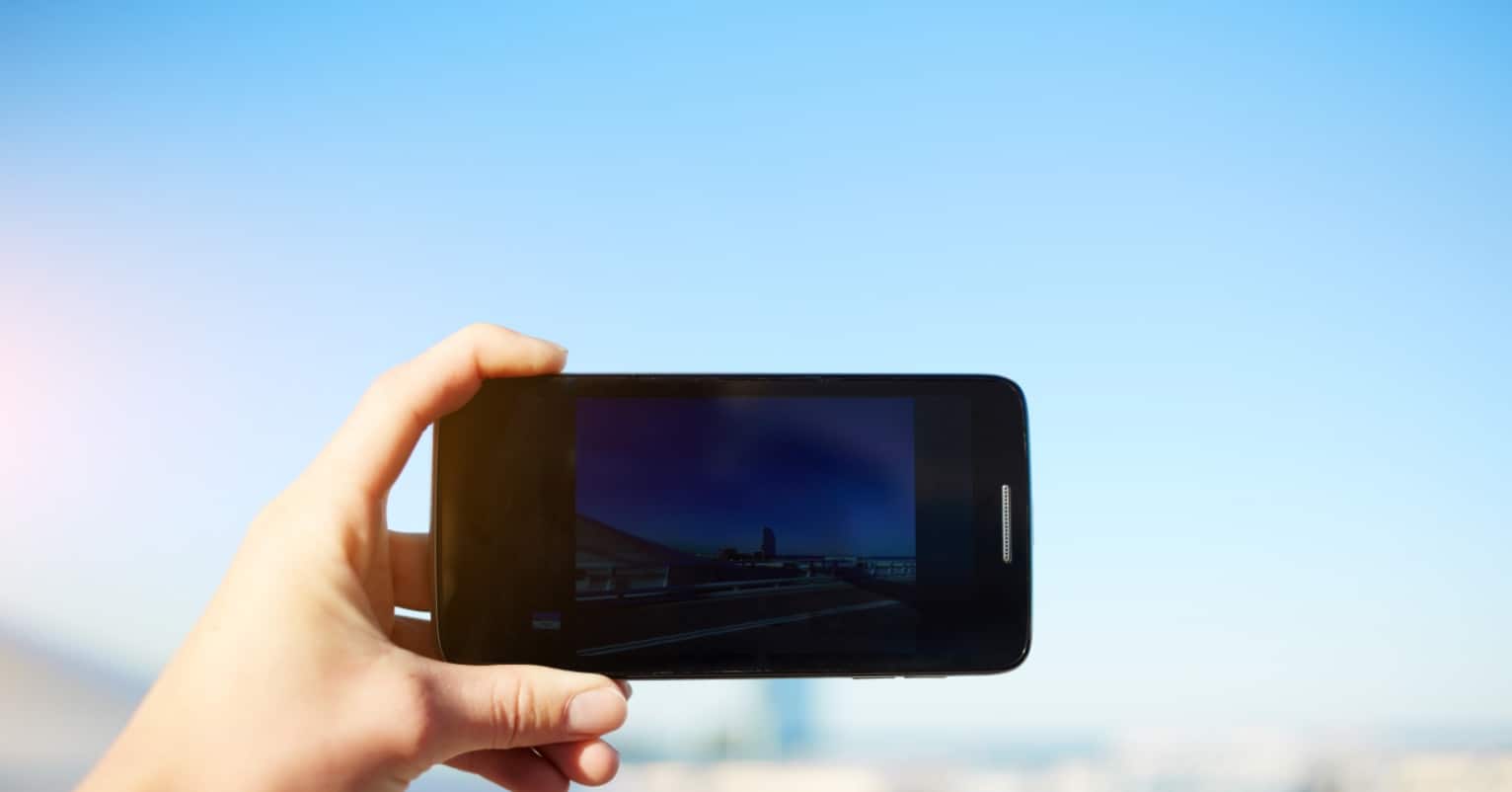 Android 7 Nougat brings an enormous visual change to Android if you compare it to Marshmallow. It brings us changes such as improved battery life, split screen view and much more. With that in mind, I’m sure the first question that came to your mind was, “When or is my phone going to get it?”

The majority of the tablet and phone manufacturer’s are aiming for devices that are less than two years old to get Android Nougat, but there are always ways around that. So, what great things can you enjoy with Android 7 Nougat?

How to Use Split-screen in Nougat

Have you ever tried to compare the specs of two smartphones? Wouldn’t it be easier if you could see both of spec lists back to back? In Android 7.0 you can enjoy multi-window and be able to look at two things at the same time. To set this up, first, you’re going to have to enable developer options. To enable it: 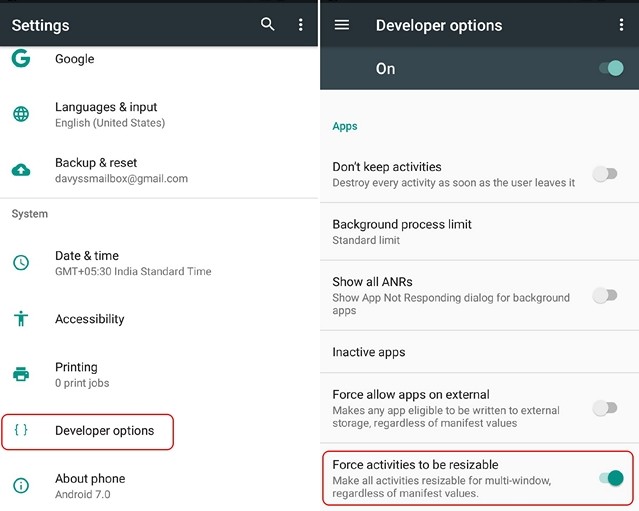 To start using Split screen mode open an app that supports this feature and then tap the recent apps button. On one-half of the screen, you should see the app you’re currently using, while the apps you recently used on the bottom half. Look and find the app you want to use and tap on it and you should now be able to see both apps. If there’s an app that doesn’t support Split screen, you will see a symbol that indicates it.

Quick Settings has also arrived with some much-needed changes such as only using a smaller bar at the top of your display. If you own a Nexus 6 phone, you will see five icons that include a drop down arrow if you want to see more of the Quick Settings. You should also see a slider to adjust the brightness and nine icons. Here, the icons flow over the page and even include an edit option.

Unfortunately, you won’t see an option for Bluetooth or WiFi in the drop-down menu, but Google makes up for that with a good looking overlay menu. If you tap on the battery, you gain access to all sorts of information about your phone’s battery such as how much time is left and even a graph. 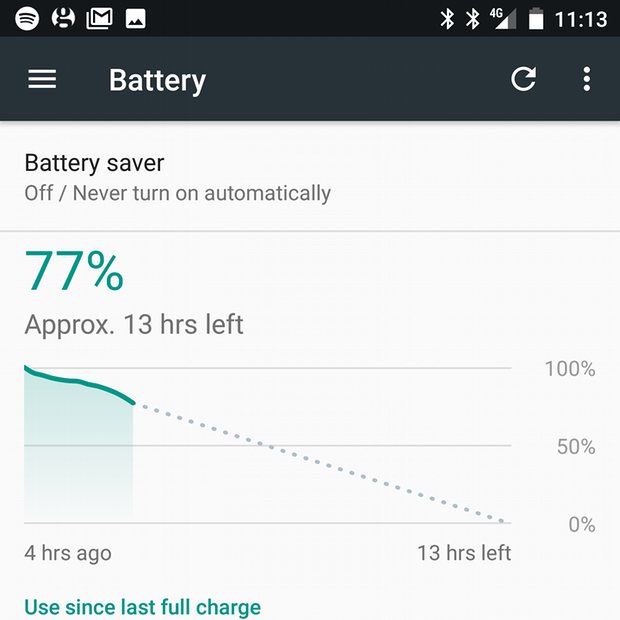 Reply to Notifications Directly from the Current Window

No one likes having to leave their current window whenever they need to respond to a notification. In Nougat, you won’t have to do that since you can quickly answer from anywhere. This is excellent news for messaging apps such as WhatsApp or Telegram since their users will be able to take advantage of this useful feature. I mean, if the messaging apps adapt their apps of course. 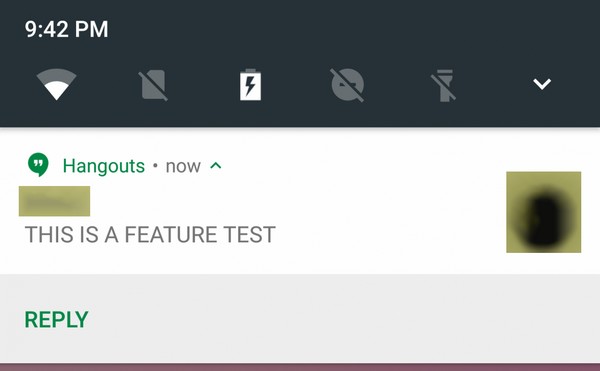 Security is always a big concern, and you can never be too careful. It looks like we are going to have one less thing to worry about in Android 7.0 Nougat because the security company Symantec has improved Android’s safety and now any ransomware that somehow finds it’s way to our phone’s, won’t be able to change our password and leave us locked out. Sweet!

Android 7.0 Limits How much Data an App Can Use

Not everyone has an unlimited data plan and for those that need to save as much data as possible, you’re going to love, how the Data Saver will block apps from accessing your data. If you want, you can even select what apps you want to allow to have access to your data. When you switch over to WiFi, your apps can have as much access as they want. 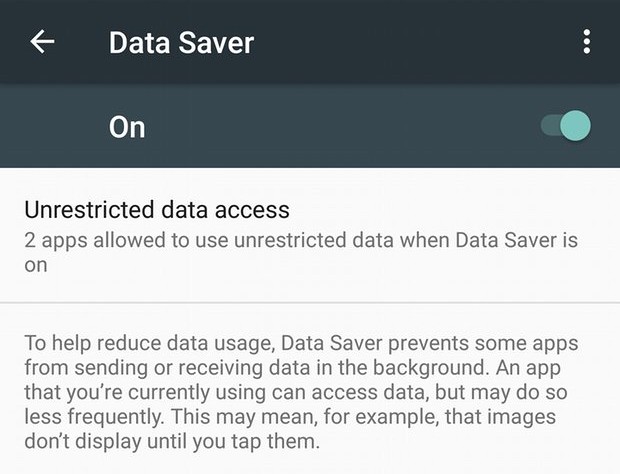 This feature is pretty self-explanatory. What this feature does is that it allows you only to switch between the two apps you used recently in the secondary window. You can do this by double tapping the app overview button. Don’t forget that you’ll also be able to triple task while you’re in multi-window mode. For example, you can read your favorite OMGHowTo post in the top windows while switching between WhatsApp and YouTube on the other part of the screen.

You can Now Add Wallpaper to the Lock Screen

Read also: How to Show Battery Percentage on Android 7 Nougat

I’m sure you’ve heard an Android user complain how adding a wallpaper to their lock screen is a mission impossible. That changes in Nougat since now, users will have an extra option when it comes to where they want to place the wallpaper. Isn’t that great? 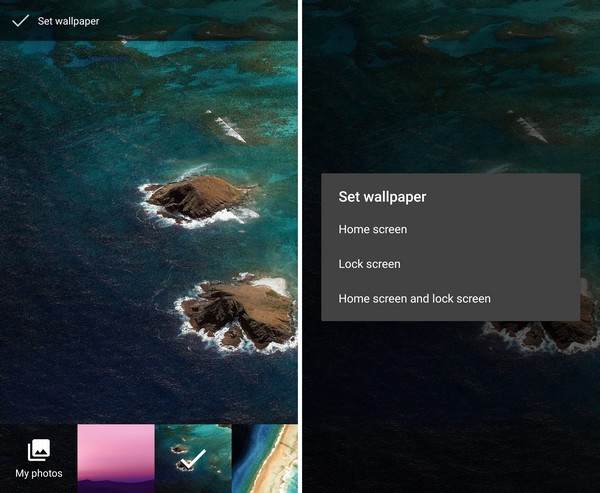 Know Where Your Apps Came From

Another useful feature you are going to find in Nougat is knowing where you installed your apps from. This is especially useful if Google Play is not the one and only place where you install your apps from. You can see this information by going to Setting >> Select an App >> App info. If you scroll all the way to the bottom, you will see something like Installed from Package Installer or Google Play. 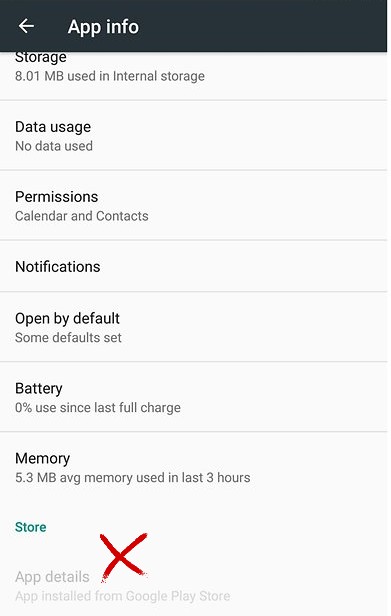 You just love that cute hat you bought for your Yorkie and just had to post it to Facebook. Now, your phone is blowing up with likes and comments. Nougat cares about you not going crazy with so many notifications, and that is why it bundles all your notifications (Facebook for example) into one alert. Sweet sanity.

Give App Notifications an Importnace Level

If you couldn’t care less about getting notifications from a particular app, then you’ll want to get to know this feature. In Android 7.0 Nougat, you can give app notifications an importance level. You can choose between six different types of levels. You can label a notification a: 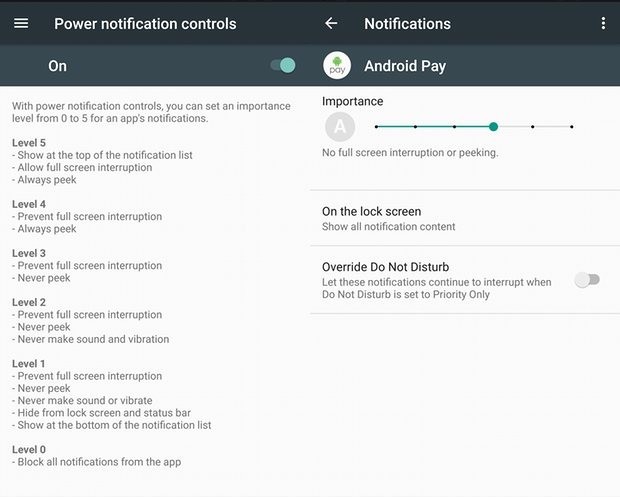 How to Enable Night Mode in Android Nougat

Just in case you didn’t know already, Android 7.0 has a night mode feature. The thing is that it’s not in plain site, and you need to download an app called Night Mode Enabler to activate it. The Night Mode feature was in the Developer Preview 3, but they decided to take it out for some reason. It would have been great to have it without having to download anything since night mode helps us not be temporarily blinded by our Beach wallpaper. Another benefit is that the blue hues are eliminated so you can get a better nights sleep and be ready for that important presentation at work the next day.

You can see Night Mode in the notification drawer by tapping on the edit button and scrolling down until you find Night Mode. Once you’re there, you can turn it on and off whenever you want.

Android 7.0 Nougat is full of fun and useful features you can enjoy for a long time. Hopefully, the bugs it has are fixed sooner than later. How are you enjoying Android 7.0? Let me know in the comments.