How to Add a Recycling Bin to Your Android Smartphone 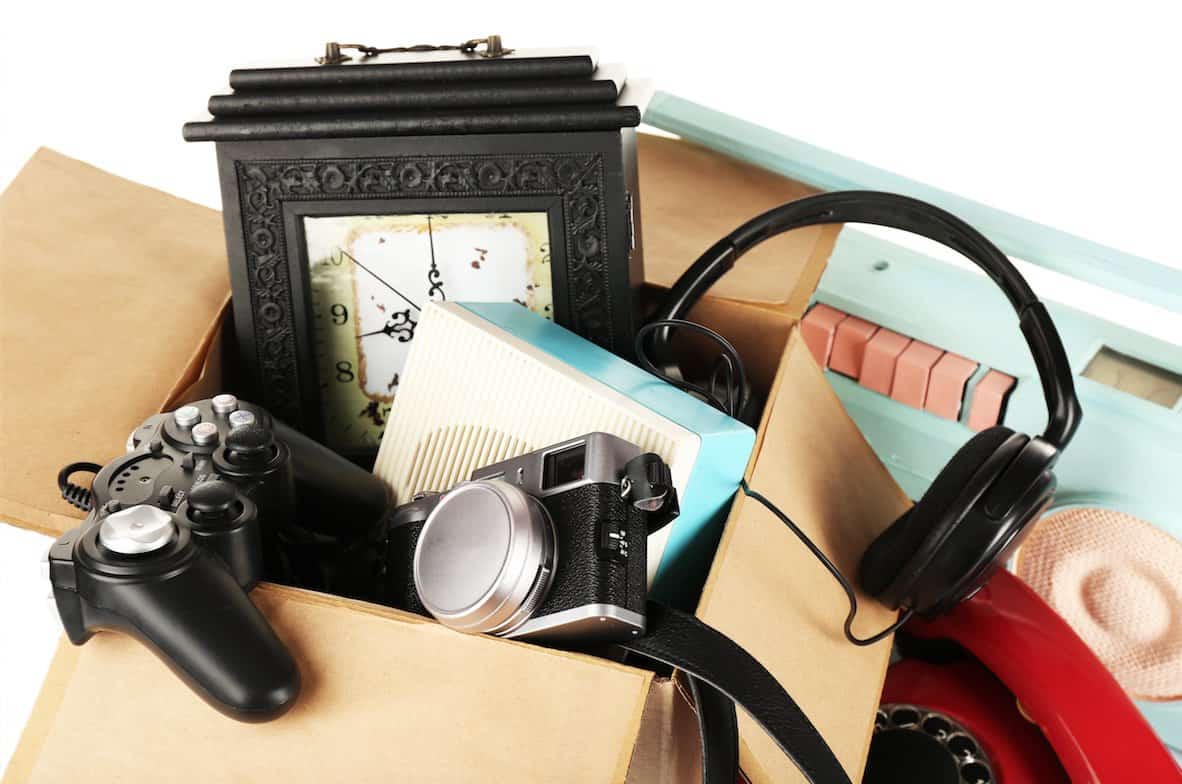 Have you ever deleted something accidentally? Who hasn’t, right? If what was erased was something crucial, you might turn to those file recovering software’s, but you if you not very tech savvy, you just don’t see the light at the end of the tunnel.

If you don’t want this to happen to you, you can prevent it from installing a recycling bin app for android such as the ones in the following list. That way, if you ever do erase something by accident, all you have to do is to go to the recycling bin and recover your file.

How to Add a Recycling Bin to Your Android

Dumpster is a great option if you want to add a recycling bin to your Android including Smartphone and Tablet. The app can recover eliminated content such as pictures, videos, audio, zip, PDF, MP3, RAR and much more. Dumpster doesn’t require an Internet connection to work, so your files will always be backed up.

To set up what files you want the app to back up just tap on the hamburger icon on the upper left-hand corner and select Settings. Once you’re there tap on Protect Settings, and you will see the following: 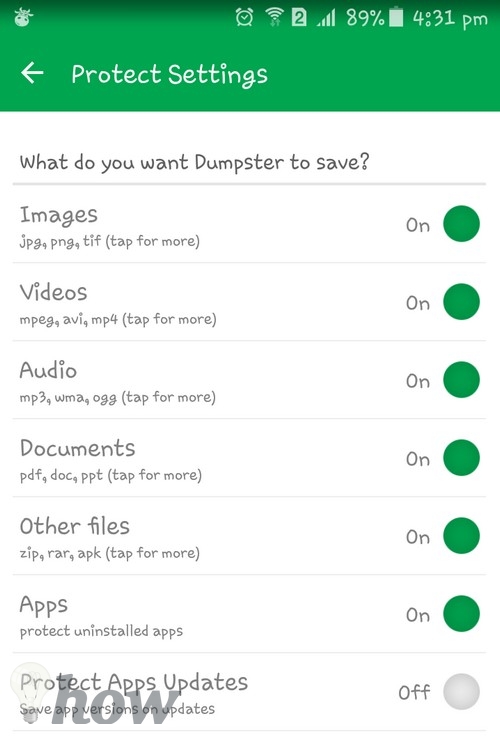 ​Now, it’s up to you what you want to save and what not to. Dumpster is available in a large variety of languages such as English, Spanish, French, German, and much more. It also features an Auto-Clean feature where the app will automatically erase anything older than one week, one month or 3 months. The app is free and waiting for you to download it.

Sending a file to the recycling bin isn’t as easy as with the previous app, but if you’re usually using your file explorer, it’s a good deal for you. An interesting feature this app has is that it lets you decide how big the file has to be to go to the recycling bin.​ 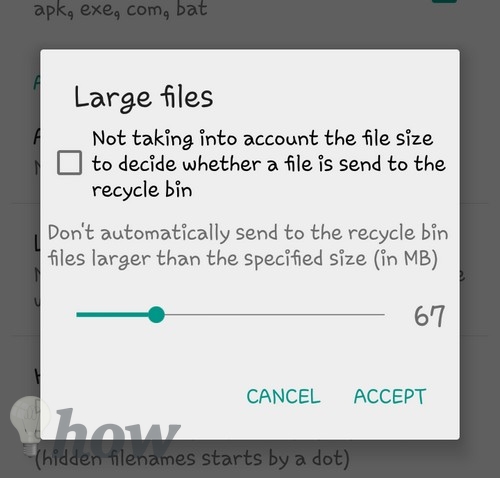 Recycle Bin also features in-app purchases, and if your file explorer allows it, you can see a folder or various files to the recycling bin with one simple action.​

If you don’t have this app installed on your Android device, I’m sure you have at least heard of it. But, did you know it also has a recycling bin? Even though this app has an endless amount of features to offer us, I’ll concentrate on recycling bin feature. Unlike Dumpster where you can erase the file from your gallery, with ES File Explorer, you need to delete the file from within the app.

Sending a file to the recycling bin is easy. For example, let’s say you want to send a picture to the bin. When you open the app select images in category:​ 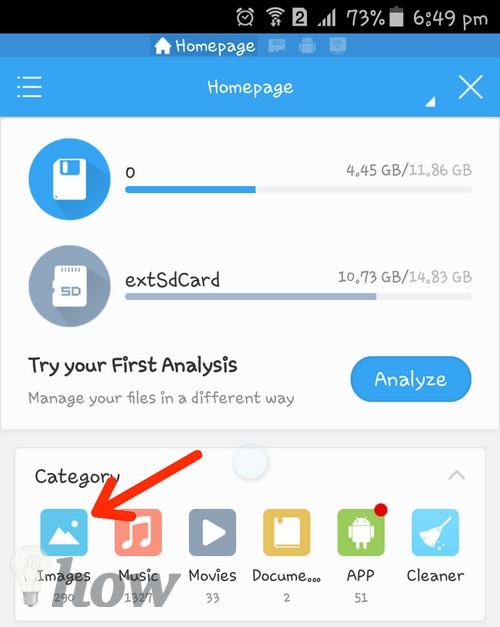 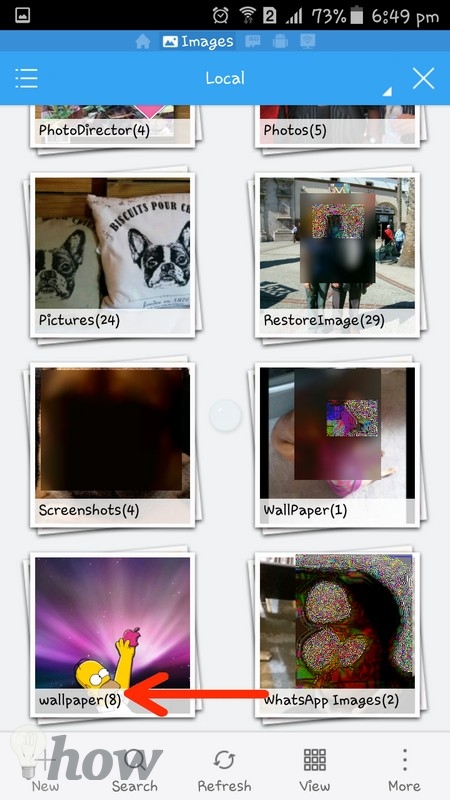 Once inside wallpapers, choose the wallpaper you want to eliminate and on the upper right-hand corner you will see three white dots. Tap on them and select delete: 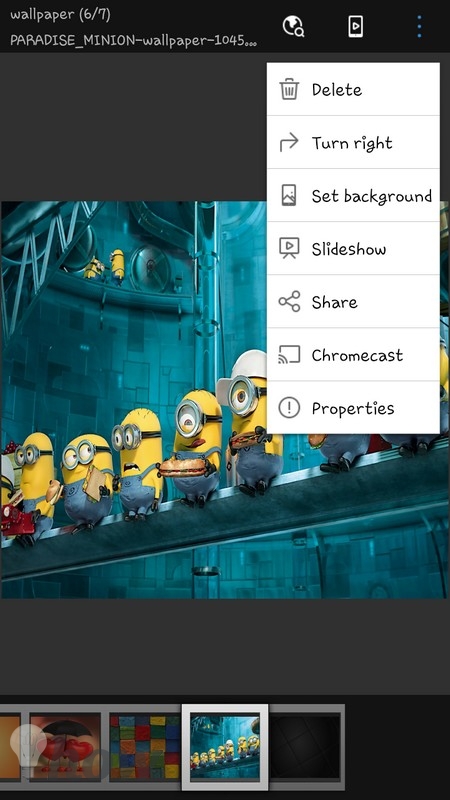 After that you will be asked if you are sure that you want to send that image to the recycling bin, tap Ok and you’re done!

If you usually manage your files through your device’s gallery and once there delete them or not, then Dumpster is a better choice for you. If not, then the other two choices will do. It’s always a good idea to add a recycling bin to your Android since anyone is capable of accidentally deleting a file.

Do you have or are you thinking about adding a recycling bin to your Android device? Share your thoughts in the comments.

The Best Terminal for MacBook: Our Top 7 Picks